Agulu Lake known as Ezu in local parlance is one of the natural tourist attractions in Anambra state. It is located on the surface if the earth with Latitude 6.131000 and Longitude 7.028009. The Lake is less than 10km away from Awka, 19 km away from Nnewi, and 26km away from Onitsha (Odum, 2017). The Lake is reputed for its spiritual and therapeutic value to the people of Agulu and beyond. Crocodiles (Crocodylinae) in the Lake are totemic and form part of the attractive features of the lake. Although the crocodiles are not easily seen, the chief priest of the lake can call the crocodiles to appear for a visitor to see while one can easily see these crocodiles from 1pm-3pm when the sun is intense; while the water is believed to have potency in curing or expelling mermaid-spirit filled fellow (Ogbanje).
A visit to the Lake will show Idemili Cultural center, where different sculptures of beautiful mermaids, different scenes from the Bible, a chapel and mosque for worshippers. This built feature is owned by one of the chief priest associated with the Lake. 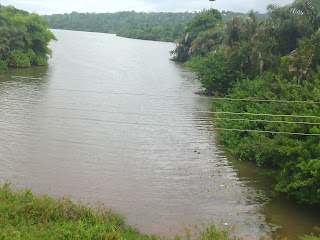 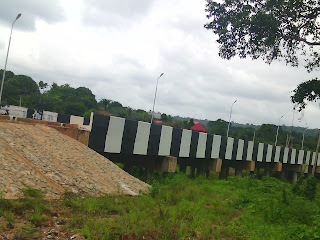 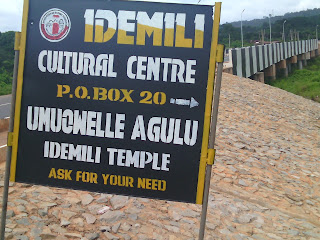 Plate 3: A cultural center established at the bank of the Lake

Agulu Lake is believed to have saved Agulu people during the Nigeria-Biafra war. Currently, people see it as deity and seek different kinds of assistance from the Lake. It is worthy to mention that their different shrines associated with the Lake such as Ovuobu (Odum, 2017). Adherents of African Traditional Religion do not allow people to kill the crocodiles in the Lake.
Presently, the Lake has gotten the attention of Anambra State. A five- star hotel is under construction near the lake. Agulu Lake is not just one of the ecotourism attractions in the state but its proximity to the capital city and the semi-urban nature of the Agulu gives it a comparative advantage over other lakes.
Agulu Lake has the potential for boat riding, boat regatta, yachting, beautiful scenery for movie making, picnicking, etc.